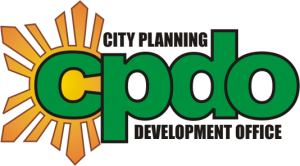 Administrative Aide I (Records Officer I)

There are two divisions under the City Planning and Development Office: The Research and Statistics Division (RSD) and the Planning, Monitoring, and Evaluation Division (PMED). Each division has two sections.

The PMED has also two sections. The first one is the Planning and Programming Section and the second one is the Monitoring and Evaluation System. The responsibilities of the first section is to formulate/update development plans of the city, propose the Local Investment Plan with respective breakdown (AIP, 20% DF, GAD, etc.), coordinate with all departments, national line agencies, barangays,and private sectors for planning & implementation of PPAs, and builds capacity of BDC & CDC in terms of planning. The roles of monitoring and evaluation section, however, are to develop monitoring tools, conducts monitoring & evaluation of PPAs, enforces and administers zoning ordinance & land use plan. Part of its roles also is to prepare project proposals.

A department with highly competent employees providing quality and customer-friendly services, responsive to the physical and spatial development requirements based on plans using relevant information and updated data derived from researches and continuing studies; implementing and monitoring projects through transparent systems and procedures with people’s participation

Understanding fully the responsibilities of public servants and driven by the strong determination to improve the image of government employees, we faithfully commit to be models of men and women in the bureaucracy by having moral courage, transparency fairness, integrity, honesty, responsibility and accountability to institute changes for the benefit of the general public

On February 11, 1998, under Republic Act 8490, Malaybalay was created into a city, thus, changing the name from Municipal to City Planning and Development Office. Mr. Herculano S. Ronolo was the CPDC until he retired from office in 2013. He was then succeeded by Engr. Adrian R. Gamboa and he is the CPDC until now. Mr. Ronolo, on the other hand, is currently serving as the City Administrator.

Update for the last 6 Months