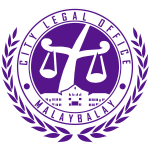 The City Legal Office serves as legal counsel for the City Government of Malaybalay as mandated under Section 481 (b) of R.A 7160 otherwise known as “The Local Government Code of 1991”. Among its objective are:

1.Formulate measures for the consideration of the sanggunian and provide legal assistance and support to the governor or mayor, as the case may be, in carrying out the delivery of basic services and provisions of adequate facilities;

Further, the City Legal Officer, the chief legal counsel of the City Government of Malaybalay, shall take charge of the office of legal services and shall:

a.Represent the local government unit in all civil actions and special proceedings wherein the local government unit or any official thereof, in his official capacity, is a party: Provided, That, in actions or proceedings where a component city or municipality is a party adverse to the provincial government or to another component city or municipality, a special legal officer may be employed to represent the adverse party;

b.When required by the mayor or sanggunian, draft ordinances, contracts, bonds, leases and other instruments, involving any interest of the local government unit and provide comments and recommendations on any instrument already drawn;

c.Render his opinion in writing on any question of law when requested to do so by the mayor or sanggunian;

d.Investigate or cause to be investigated any local official or employee for administrative neglect or misconduct in office, and recommend appropriate action to the mayor or sanggunian, as the case may be;

e.Investigate or cause to be investigated any person, firm or corporation holding any franchise or exercising any public privilege for failure to comply with any term or condition in the grant of such franchise or privilege, and recommending appropriate action to the mayor or sanggunian, as the case may be;

f.When directed by the mayor, or sanggunian, initiate and prosecute in the interest of the local government unit concerned any civil action on any bond, lease or other contract upon any breach or violation thereof; and

3.Recommend measures to the sanggunian and advise the mayor as the case may be on all other matters related to upholding the rule of law;

4.Be in the frontline of protecting human rights and prosecuting any violations thereof, particularly those which occur during and in the aftermath of man-made or natural disasters or calamities; and

5.Exercise such other powers and perform such other duties and functions as may be prescribed by law or ordinance.

The City Legal Office provides advice and support on internal and external legal matters related to the City Government of Malaybalay. Its wide range of legal expertise is an asset to the LGU committed to render legal service / assistance with all good fidelity to the City Government as well as to the public.

The Office ensures that the City Government’s activities are carried out according to its Basic Texts and are consistent with its status Local Government Unit under the 1987 Philippine Constitution, R.A. 7160, the law creating the City of Malaybalay and other pertinent laws.

Be In The Frontline In Protecting And Prosecuting Any Violations Of The Rights And Interests Of The City And Its Constituents On Legal Matters Anchored On The Principles Of Transparency, Accountability, Fairness And Truth.

To Provide Quality Legal Assistance And Support To The City Government Of Malaybalay And Its Constituents Towards The Effective, Efficient And Equitable Administration Of Justice And Professional Legal Services As Mandated Under The Local Government Code Of 1991.

The City Legal Office traces its beginnings in 2008 when it became an independent department pursuant to the City’s Ordinance No. 624 which created and/or reorganized the staffing pattern of the City Government of Malaybalay.

Before its creation, the Legal Office had been under the supervision of the Office of the City Mayor. In 2000, the office was headed by Atty. Fernando O. Melendez as City Legal Officer, holding a coterminous position. The position was vacated in 2001 when Atty. Melendez was appointed as City Prosecutor.

The position was left vacant until the assumption of Atty. Reginaldo N. Tilanduca in 2003. He was then appointed as City Legal Consultant until 2006.

In the same year, Retired Judge Jesus M. Barroso Jr., was appointed as the Legal Consultant, the position also being under the City Legal Office.

In 2008, the Office of the City Legal Officer was created, Ret. Judge Barroso was appointed as the City Legal Consultant on Special Concerns on Local Governance.

At the start of the year, our Office continued to work with the concerned Offices of the City in fighting against the threat of COVID-19 by extending legal assistance which will intensify the City’s implementation of urgent and critical measures to mitigate the effects of the surge of omicron variant.

On the other hand, our Office provided legal assistance to the Local Chief Executive in providing basic and social services. Also, executive issuances in relation to varied and changing community quarantine protocols were drafted upon instruction of the City Mayor. Legal documents such as memorandum of agreement and various contracts in relation to COVID-19 response and relief operations were also formulated and reviewed.

Similarly, the Office attended the numerous Sangguniang Panglungsod Sessions and Committee Meetings on matters pertaining to the legality and propriety of local legislative proposals. It also extended legal services to the Sanggunian through drafting and review of proposed ordinances.

Moreover, the Office rendered legal advice to the heads of departments and/ or to the special bodies and committees on the legal aspects or implementation of the following:  government procurement, Covid-19 responses, human resource management, engineering and infrastructure projects, health and social services, budgeting and accounting, city enterprises, business licensing & regulations, assessments on real properties, agricultural, livestock and environmental programs as well as the housing and community development programs.

In the first quarter of 2022, the personnel of our office also served as resource speakers for the re-orientation on the Katarungang Pamabarangay Laws together the City Interior and Local Government Office.

In fine, our commitment to public service may be largely defined during the most difficult times, as in this case, the COVID- 19 pandemic. As public servants, we have taken to our hearts and remain true to the bounden duty of our Office amidst the challenges and the devastating effects of pandemic.  Indeed, this calamity did not diminish our willingness to render public service with a heart. 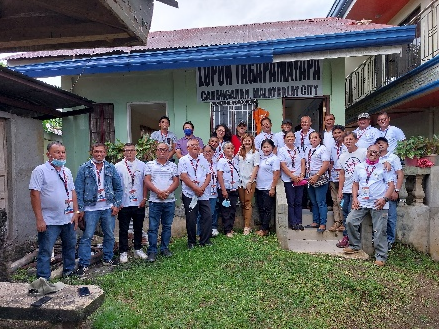 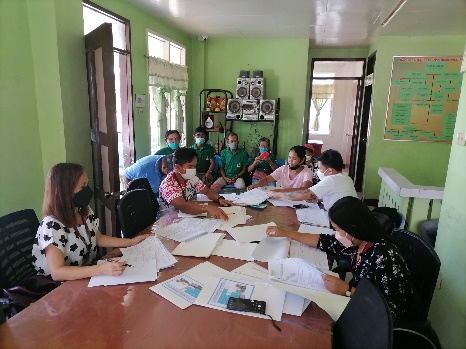 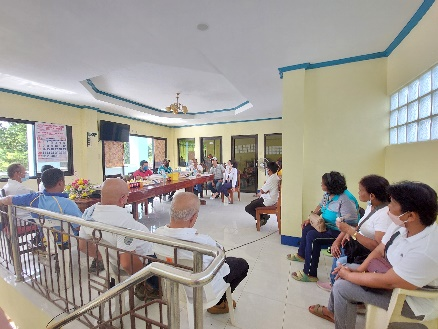 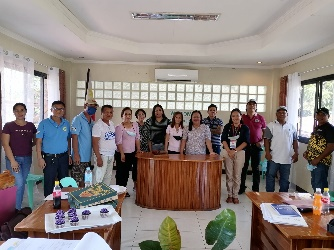 Conducted the Annual Lupong Tagapamayapa Incentive Awards Evaluation to all the 46 barangays comprised of Poblacion area, Upper Pulangui area and Basakan area. Together with the representatives of other relevant offices of this city which took place last March 2022. 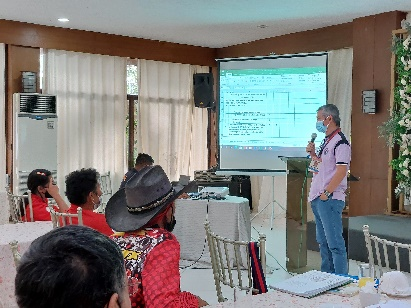 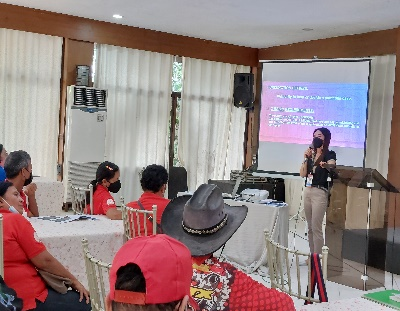 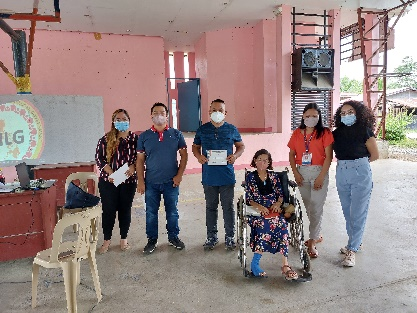 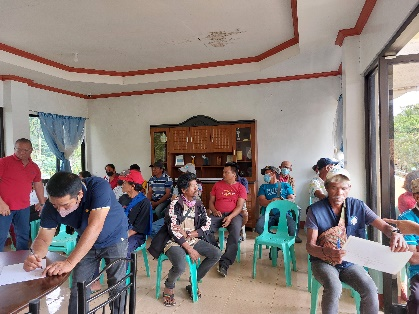 Conducted the Katarungang Pambarangay as resource speakers to the requesting barangays together with the DILG personnel. 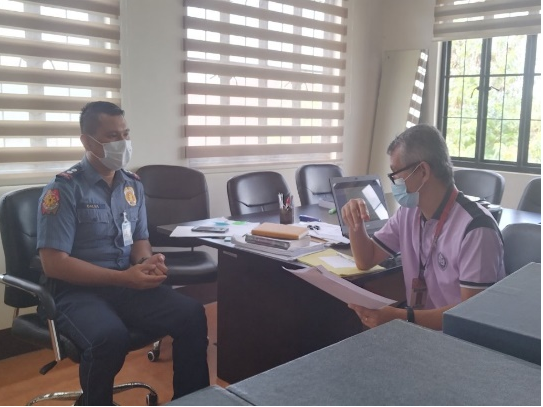 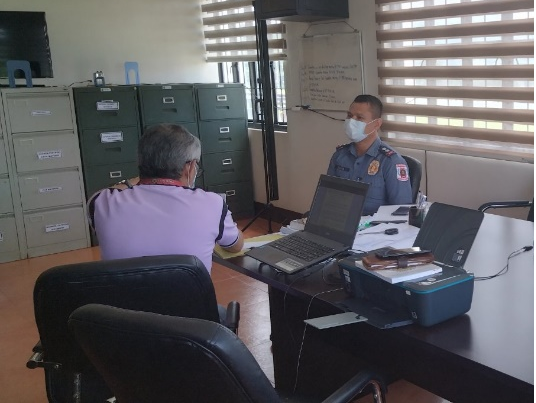 Provided legal advice in every inquiry sought pertaining to the various transactions and operations of the City. 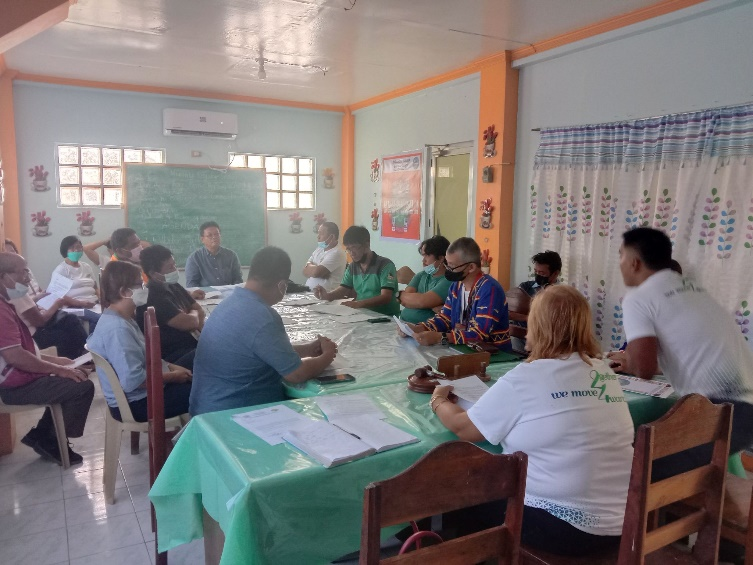