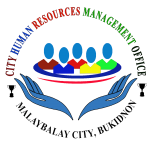 The office is responsible for managing job recruitment, selection, and appraisal of all the employees without prejudices. It develops and oversees employees' benefits and wellness programs. It secures a level of excellence for good governance and proficient public service per law, mandates, and orders. Thus, the department develops, promotes, and enforces personnel policies to ensure effective and efficient public service.

The office is accountable to provide technical assistance to the Local Chief Executive in maintaining a pool of competent, credible and accountable workers in the government service and in areas that concern the human resources. This then would guarantee the delivery of effective and efficient human resource functions consistent with the existing laws, rules, and policies of the Civil Service Commission.

Further, this leads the Local Government Unit of Malaybalay City in the delivery of services consistent with the RA 11032 or the Ease of Doing Business and Efficient Government Service Delivery Act of 2018.

Additionally, it strengthens the ethical standards of all employees by a regular orientation on RA 6713 or the Code of Ethical Standards of Government Employees.

On the other hand, the Compensation and Position Classification System (CPCS) as prescribed by the Department of Budget and Management, Civil Service Commission and the Commission on Audit has been adopted.

We envision the Human Resource Management Office of the City Government of Malaybalay as a God-fearing, service-oriented, well equipped with job-related, knowledge, skills, abilities and habits; healthy, workable and committed public servants, united by a system of governance that is just, responsive, efficient and participatory.

When the Local Government Unit of Malaybalay existed, the Human Resource functions were handled by designated employees or appointed Personnel Officers. At that time, the personnel was assigned under the Office of the Mayor of which some of the basic functions were leave administration, appointment and retirement processing, and other basic personnel-related activities.

Throughout the development of the Local Government Unit of Malaybalay, the additional workforce had been added through the hiring of Job Order personnel wherein some were assigned to assist in the performance of Human Resource functions. Rank and file plantilla positions had been added as well to carry out the jobs in Personnel Administration.

As the number of personnel increased, the Human Resource Management became a division under the Office of the Administrator with the leadership of Fortunato C. Carbajal until Mr. Rolando P. Daniot was appointed as City Administrator in 2001.

With the appointment of City Administrator, the services were enhanced and tasks were properly delegated although some functions originated from the directives of the Administrator.

In 2008 the City Ordinance no. 624 was created, an ordinance creating the organizational structure and staffing pattern of the City Government of Malaybalay. Through this, the City Human Resource Management Office had been created. This was composed of two divisions and two sections respectively.

On June 30, 2013, with the retirement of Miss Julieta Dominguez, Mr. Romeo R. Lapeciros – Assistant City Administrator took over the leadership and served as the OIC of the Office until May 15, 2014, when Magnolia O. Improgo, DPA was employed and given the appointment as the City Human Resource Management Officer. 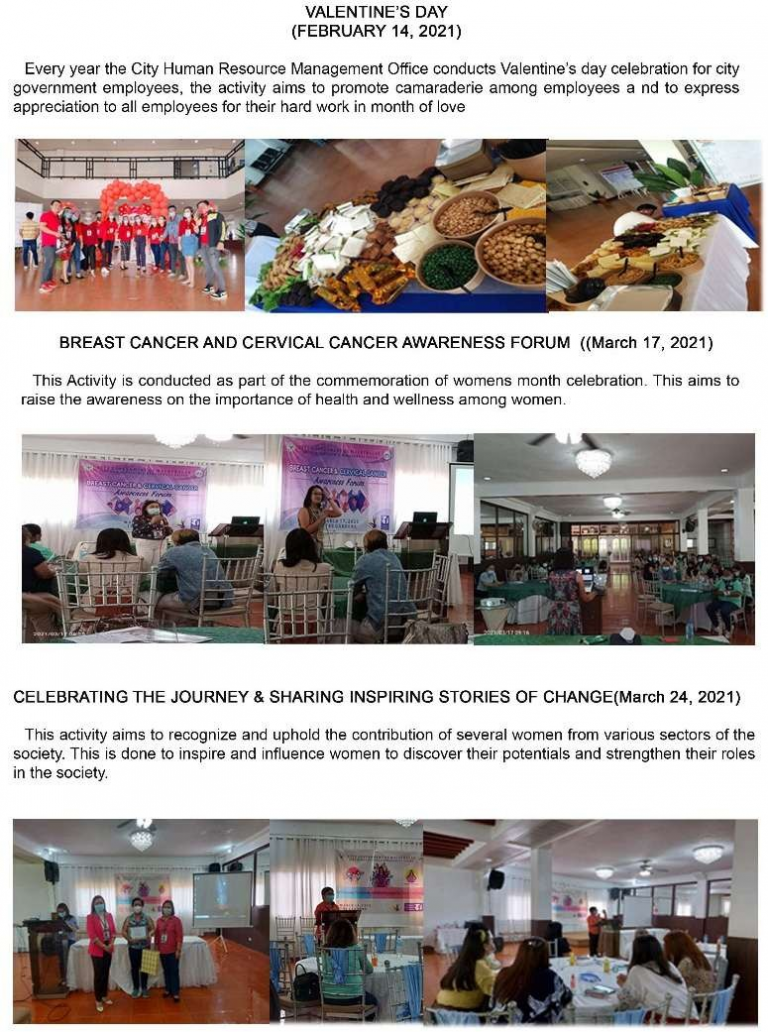 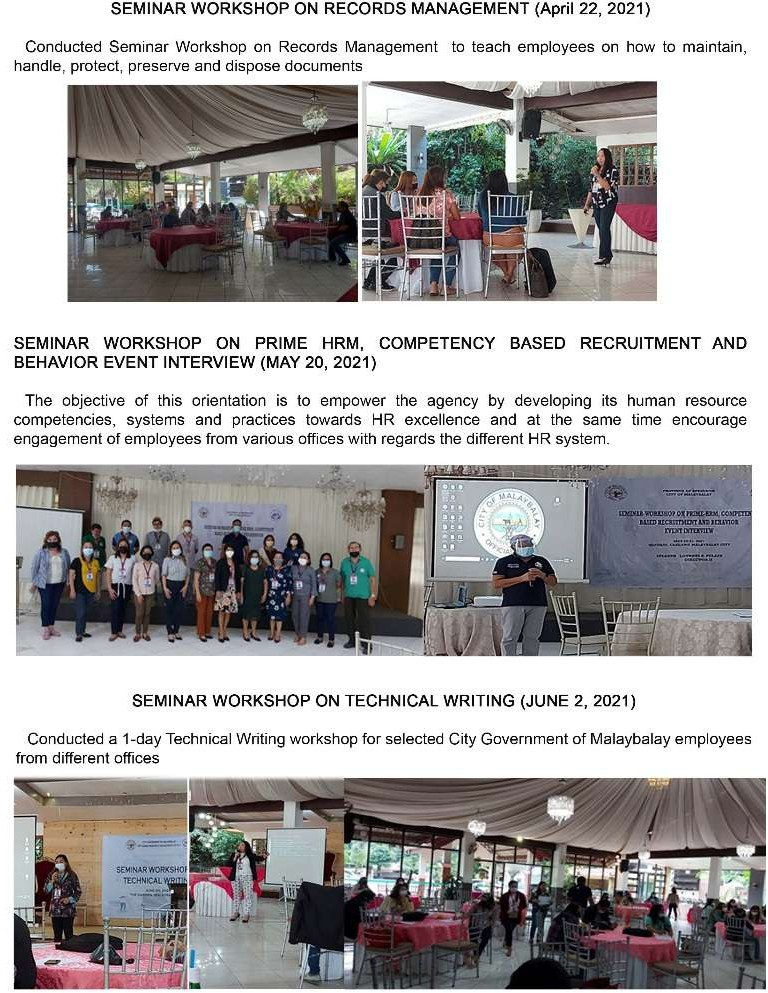 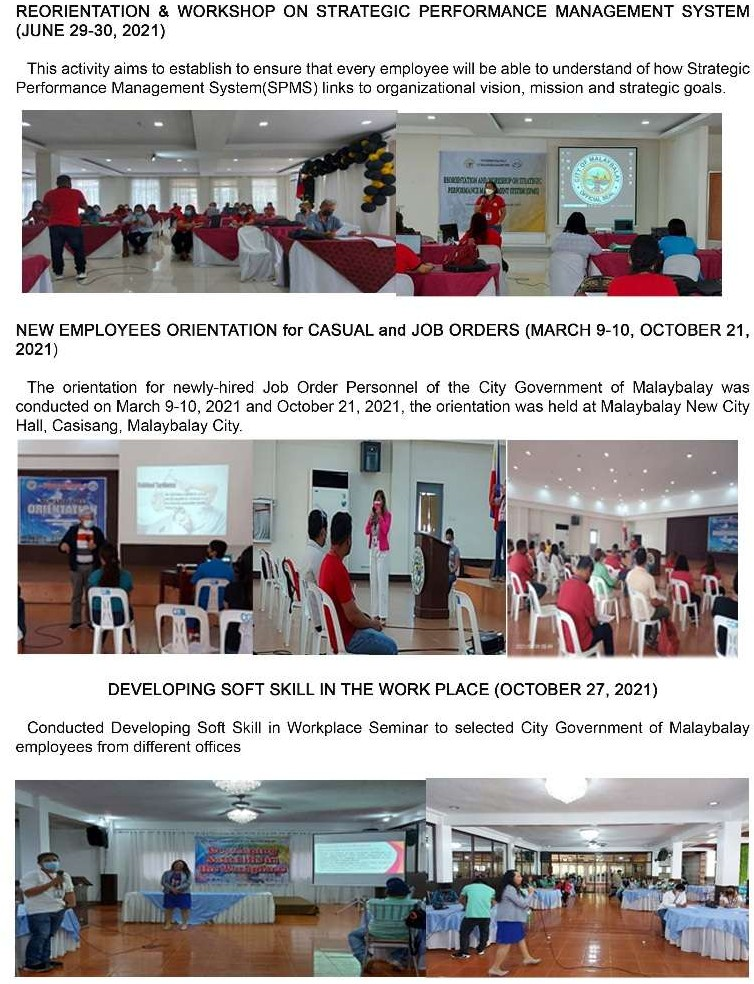 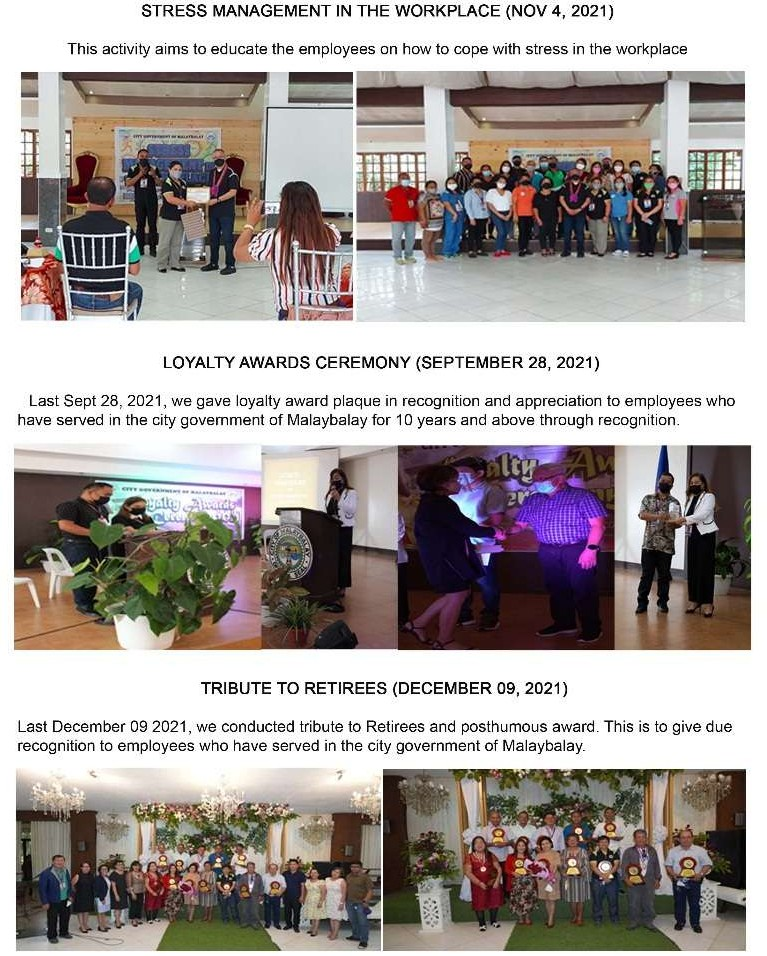 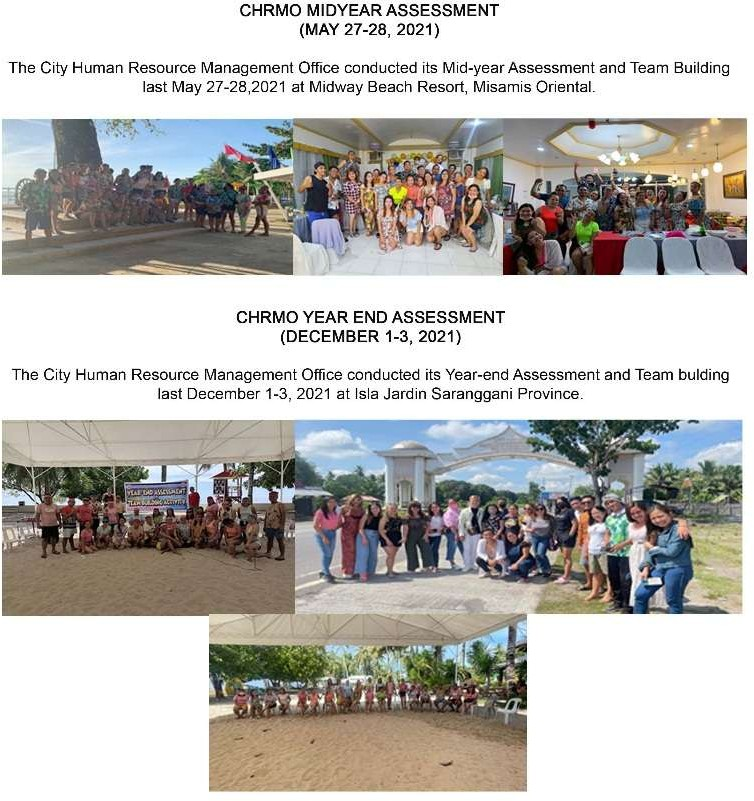 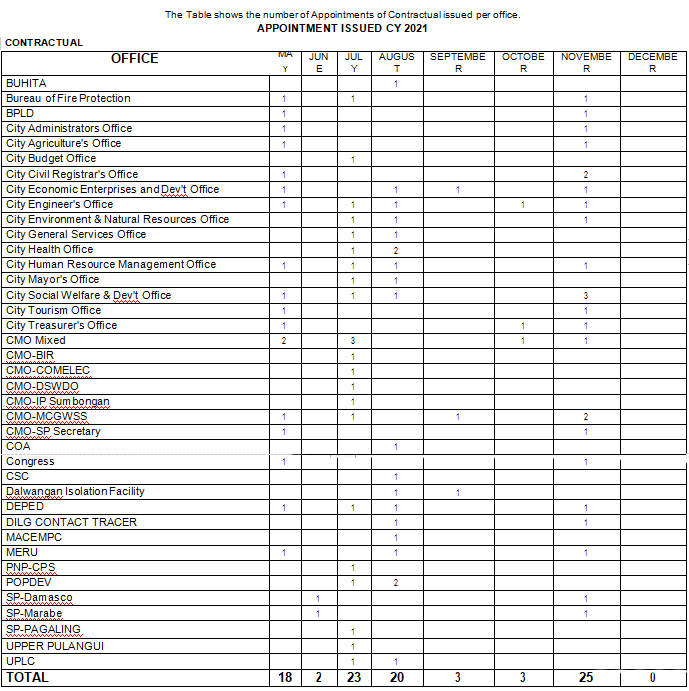 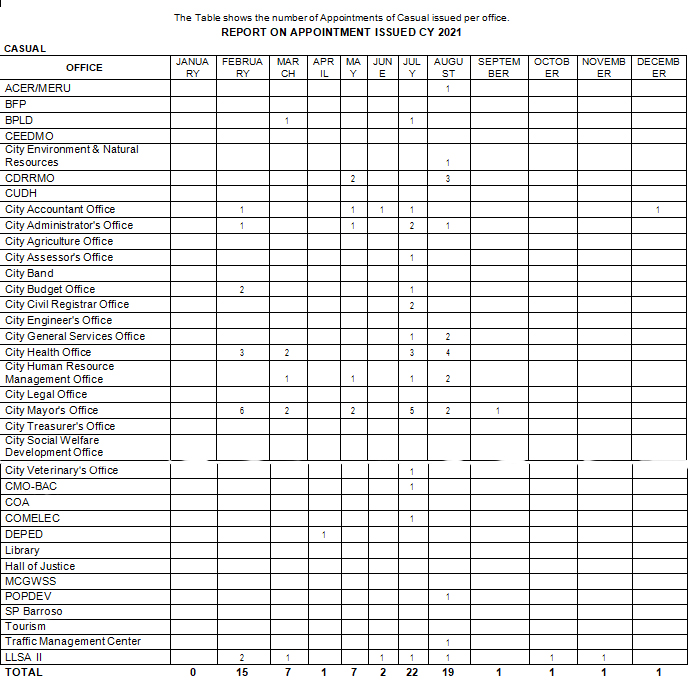 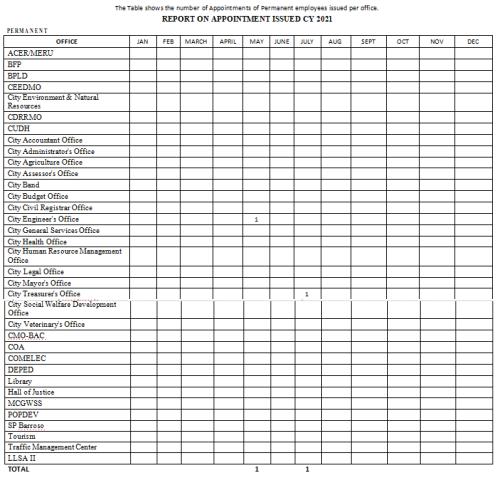 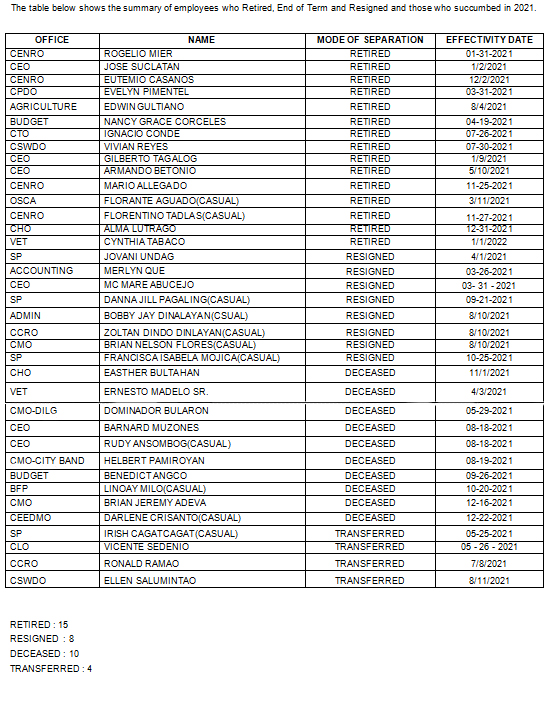 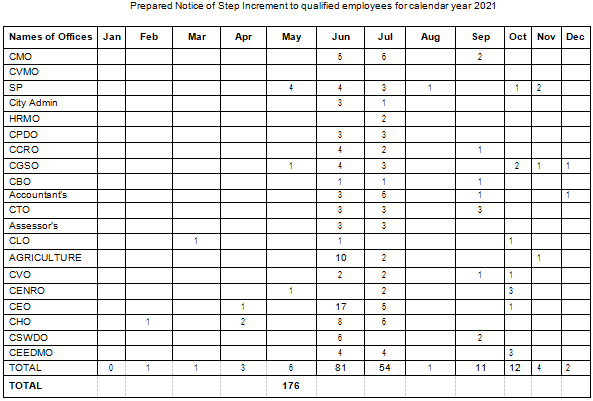